Welcome to Football Manager Balkan | Forum
Register now to gain access to all of our features. Once registered and logged in, you will be able to create topics, post replies to existing threads, give reputation to your fellow members, get your own private messenger, post status updates, manage your profile and so much more. If you already have an account, login here - otherwise create an account for free today! 6 replies to this topic

High Defense and Defense in Depth: When and how to use?

Hello FM-Balkan! I'm here to present to you a new feature of our forum. This is the "Table" clipboard LF, where I'll be bringing to you whenever a new article on tactics.

First I would like to introduce myself. For those who do not know me, my name is Luiz Felipe, I'm 21 years old, coursing the 7th period of Physical Education and working with football for 3 ½ years. About FM, I play the same since the 2006 version, only haven’t play there back and forth the FM2007 and FM2009.

And to get the jobs, the first article that I bring is about ways to defend themselves. As everyone knows, the defense is the foundation of a team. What good score five goals in a game, if we take six? However, in football, if we do not take even a goal, at least a point won.

The first thing to notice is the tactical formation that we use. Each has its particularity as to tactics. There are those who prefer to play with 3 center backs, others with only 2. But what will determine the directions are not only for our quarterbacks, but the other players who will make up our defensive system.

- But what is a defensive system?

For me it is all sector that makes up the marking sector. This will depend on how many players will play these defensive functions. A defensive system is not only composed of defenders and either side and steering wheels. An attacker can compose this defensive system, performing a function marking the opponent side, for example.

Based on this, I hereby present two models of the defensive system. 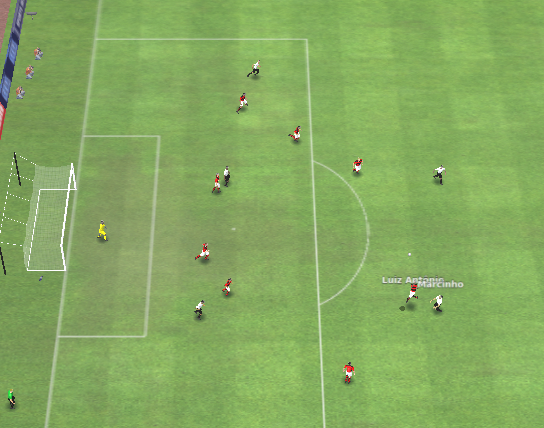 We often use this type of defense / marking when we play against teams higher than ours. The ultimate goal is to not let the opponent creating danger to our goal, especially in our area. It is normal in these cases, the opponent has many kicks away.

This style of play is best when players have slow defenses, midfielders with good attributes of pass and an attack with fast players. It is advisable to play with a more defensive posture, abusing the long passes, always exploring the flanks and using the service target player always in the back of the defense. 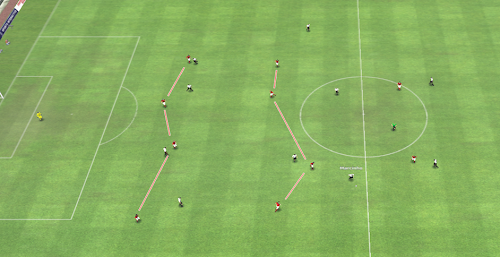 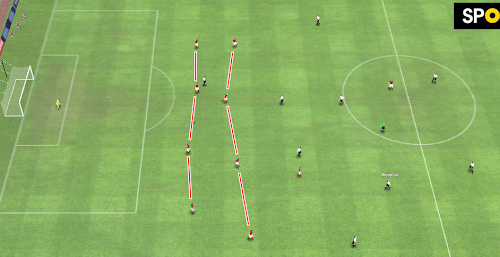 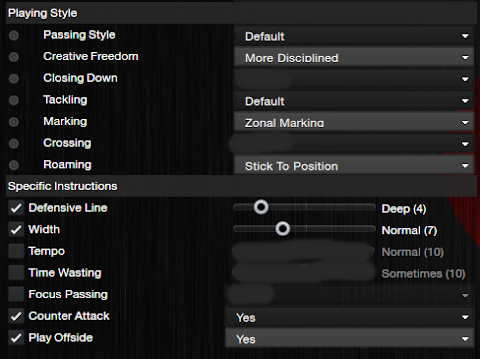 We will use a length slightly shorter so that the sectors of defense and midfield team don't stay far away, thereby providing a defense more "closed". Creative freedom more disciplined and zonal marking, so that players do not abandon your position on tactics, asking also that maintain their position in terms of mobility.

If in case the opponent start using very sides of the field with crossings, one possibility is to ask your team to explore the flanks, and their side will occupy that space used by the adversary.

It is necessary to take the creative freedom of the players so that they can obey tactically. The mentality of the player must be in accordance with the style, so defensive. The area where the player will exert pressure will always be close to your area, bringing the opponent over to his field, but delimiting these spaces near your area.

This type of defense / marking usually use when we play against teams lower than ours. It consists of scoring above the mid-field and pressure on their opponents in the outlet ball.

The ideal is to have quick defenses, socks with a good capacity for marking, tackling and pass. A valid advice is to use one of their defenders always with the function to cover. 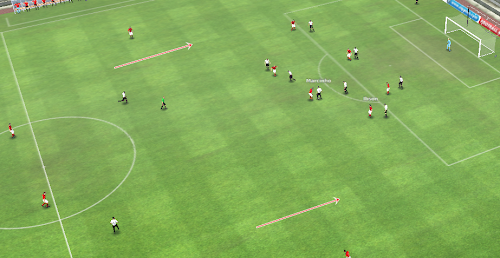 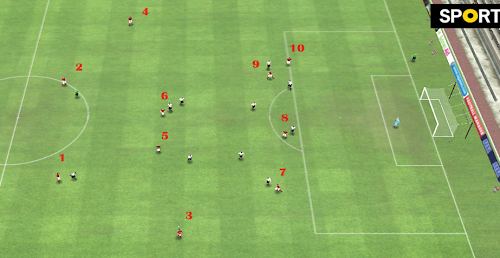 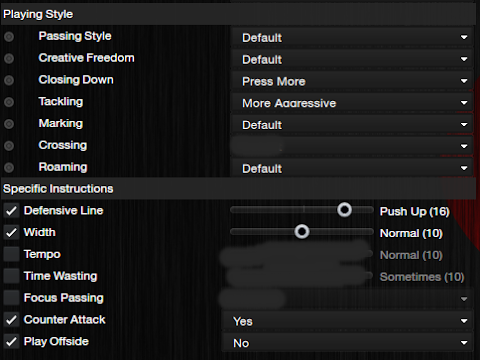 It is especially important to use an offensive strategy. The defensive line will be high, to mark the opponents still in his field. The length may vary. Playing shorter, the sectors are closer and it is possible to recover the ball faster. But against teams quick, can complicate. Using a length slightly greater may be the most ideal, along with a defense not aligned.

The creative freedom of your player is up to you here. More disciplined, their sectors will mark block, more expressive, his players will come out of position more often. The individual mentality will accompany the team, and it is important to always check the option of marking their players as tight yes.

Well, this is personal. In this first article I brought two forms of arming his defense. There are many factors that will influence on which model we use. Will depend on the style that everyone likes to impose on their teams, the players we have in our squad, the level of our team, and so on.

Soon I'll be back here with another article for you. Comments, criticisms and suggestions are always welcome. Who knows the next article cannot be a request for you. Until next time!

Is this original english version? If it is, I will translate this to croatian as soon as I can

Great! It wasn't written by me, but it is an article of my forum. It 's the final version, I'm grateful to be translated to croatian.

How do you own disorder?

good stuff mate...try put some attacking styles because i never playing with defensives in FM

This is my first article and it also tried to show a bit of experience I have in football by working with it for 3 years now related to FM ...

Back to Tactics & Training


0 user(s) are reading this topic